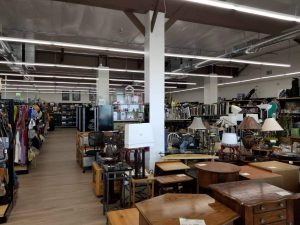 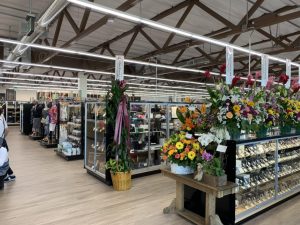 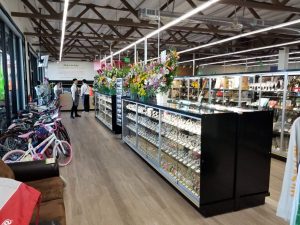 Please join us at our new location in Fountain Valley

Hours
10AM – 8PM Monday through Sunday

President Yamamoto’s vision of a self-sustaining, virtuous-cycle, reuse market is the driving force of Eco Town’s philosophy. For more than 20 years, the company has continuously evolved to include as many products as possible that customers can reuse. Eco Town customers’ wants and needs have determined the direction and scope of our company.

Our company’s main aim is to work for society in an environmentally friendly manner that’s free of CO2 emissions. We strive to save the energy it takes to produce new goods and reduce waste by extending the life of our customers’ unwanted products.

After an extensive study of American recycle and reuse culture, Hard Off Corporation Vice President Taro Yamamoto decided in early 2016 to expand the company to the United States. Vice President Yamamoto believes that the American customer’s wants and needs are similar to those in Japan.

In Japan, stores that offer products from multiple categories are called Eco Town. He decided to name the U.S. subsidiary, ECO TOWN HAWAII INC., and serve as the acting CEO. President

Yamamoto’s ambitious goal is to open 300 Eco Town stores, including franchises in Hawaii and the West Coast. The company’s philosophy remains the same as that in Japan, working for society, customers, employees, and the company, in that order.

Eco Town’s strength is its employee’s ability to accomplish all tasks of the business, including buying, producing and selling. Employees are expected to keep the store clean and bright for customers and their co-workers.

In return for the employees’ hard work, Eco Town has created a system of advancement called “carry pass” that encourages employees to learn all aspects of the business and advance in rank as well as hourly pay. Having each employee playing all the roles facilitates a streamlined, efficient operation.

What are you looking for?